Our team has over 25 years of experience providing data solutions to organizations in the Government, Finance, Legal, Manufacturing, Wholesale and Distribution markets. 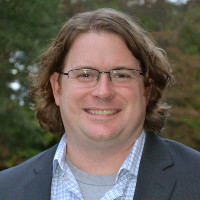 Chris started his career at the University of Alabama, while earning a Bachelor of Science in Computer Science and Mathematics minor, working as a computer technician in the Business School and administrator for the College of Human Environmental Sciences. After graduation and a commission as a 2nd Lieutenant in the U.S. Air Force, he managed the computer network for the Air Force Academy, program co-managed a software program that delivered personnel and materials to forward operating locations, and then managed the Air Force network both secure and unsecure worldwide in his 5-year career.

The next phase of his career was in the public sector where he was a Information Technology Director for an alternative investments company, a senior technology manager focused on discovering and implementing new technologies for a $5B industrial distributor, and again as an IT Director for a regional homebuilder before starting Rezenent in 2016.

Throughout his career, he has steadily focused on security and data analytics:

Chris lives in Birmingham, AL with his wife, Kristin, and their three kids: Hayes, Emmie, and Mollie.